Robert Dear, the man accused of killing three and injuring nine at a Planned Parenthood clinic in Colorado Springs late last month, was formally charged with 179 felony counts yesterday, including eight counts of first-degree murder and 131 counts of attempted first-degree murder. Dear’s rampage was one of the worst acts of violence ever carried out by an anti-abortion extremist in the United States. 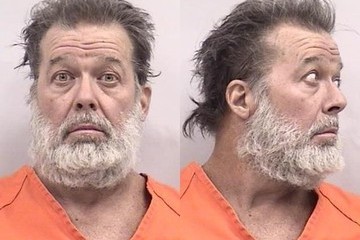 During the hearing, he made a series of outbursts, saying, “I’m guilty. There’s no trial. I’m a warrior for the babies.” Dear had allegedly spoke of “baby parts” upon his arrest, leading many to believe that his motivation for attacking the reproductive health clinic was tied to the release of several deceptive and surreptitiously-recorded videos by the anti-abortion group Center for Medical Progress (CMP) this summer. The videos, which claim to document the illegal sale of fetal tissue by Planned Parenthood employees, have been debunked repeatedly.

Attacks on Planned Parenthood increased in the wake of the videos, according to the FBI, though threats and violence against abortion clinics have been on the rise for the last four years. The Feminist Majority Foundation’s 2014 National Clinic Violence Survey found that more than 50 percent of clinics have faced targeted threats—such as stalking of doctors and clinic workers, and the use of WANTED-style posters—and about 1 in 5 clinics have experienced severe violence, including blockades, arson, gunfire and bombings.

“This lethal attack [in Colorado] must be viewed with a lens also focusing on the nationwide campaign of threats and violence against abortion providers,” said FMF President Eleanor Smeal, in a statement following the shooting. “We cannot wait for another deadly attack before we start asking questions about the larger campaign of terror and violence against abortion providers. Rather than jumping to the conclusion of a lone wolf, we must determine if this wolf ran in a pack. Quite simply, wolves normally run in packs and the amount of threats hardly could be carried out by one lone wolf.”