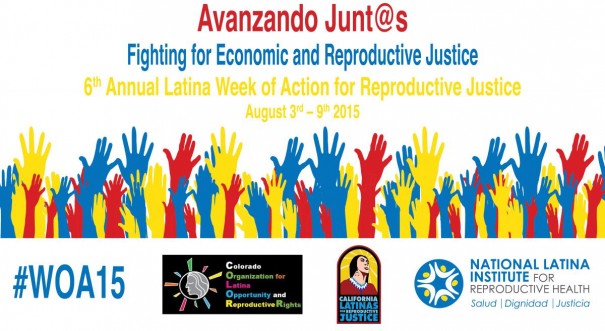 Latinas in the United States often face a multitude of discrimination in the workplace, including pregnancy discrimination, low wages, and workplace abuse, especially for immigrant Latinas. Latina women’s pay falls far behind the national average for women in the United States; while the average US woman is paid 78 cents for every man’s dollar, Latinas in the US are paid an average of 56 cents for every white man’s dollar. This statistic varies greatly on a state-to-state basis, and in states like California, Texas, and New Jersey that statistic drops to 44 cents to the dollar. Currently, the median wage for a Latina worker in the US is just over $30,000 annually.

“Across the country, Latinas, our families, and our communities are deeply engaged in the struggle for reproductive justice,” said the National Latina Institute for Reproductive Health in a statement. “We’re working for health equity—including access to affordable reproductive healthcare, bodily autonomy, and the ability to make our own decisions about pregnancy, parenting, and abortion. We’re also struggling to support our families, against tremendous barriers.”

The National Latina Institute’s goals include access to affordable contraception, Medicaid expansion, fair wages, pay equality, and affordable childcare. As part of the week of action, the Colorado Organization for Latina Opportunity and Reproductive Rights (COLOR) hosted a demonstration for higher wages for Latinas in Colorado yesterday, and tomorrow the Institute is hosting a social media campaign and Twitter chat using the hashtag #WOA15.

The Hyde Amendment bans using funding from Medicaid to pay for abortions disproportionately affects poor women’s ability to access abortion care. Since the passage of the Hyde amendment in 1976, Congress has withheld coverage for abortion services from women insured through the Medicaid program. Approximately 1 in 6 women are enrolled in Medicaid are of reproductive age. Democratic women in Congress, supported by organizations such as All Above All and the Feminist Majority, introduced last month the Equal Access to Abortion Coverage in Health Insurance (EACH Woman) Act. This Act would make insurance coverage for abortion available to all women, regardless of income, type of insurance, or zipcode.