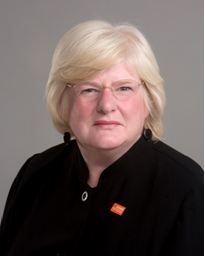 Officer down!  Around the city of Springfield, Mass., sirens blare, lights flash, emergency vehicles screech and news media are dispatched. Yellow tape goes up and the first accounts are sent out over the air and internet.

The veteran police officer responded to a call requesting assistance for a woman who had just received a restraining order and feared returning to her apartment.  Reports indicated that she feared her alleged abuser’s reaction the court’s order for him to vacate the apartment.  Their baby was with him in their apartment.  Court documents indicate that she reported he was dangerous and had a gun.  Media accounts report that he grabbed the woman and shot the officer through the door, then shot the woman, opened the door, and issued a fatal shot to the officer’s head.  The abuser subsequently fled and killed himself. The police officer died in the line of duty. The woman was left in critical condition. Miraculously, the baby was physically unharmed.

I felt it as a domestic violence advocate.  I know the terror, hopelessness and helplessness women feel for themselves and their children.  I was immediately fearful that women would be further discouraged from taking out restraining orders and requesting help because they fear retaliation and escalation, or fear that even the police may not be able to protect them.  It became even more imperative to talk about the services available to victims of domestic violence — including protection for our heroic police officers.

I realized that despite the inherent challenges and clashes of institutional cultures, women’s advocates needed to continue to work with and within all the systems that “our women” must navigate.  It has not been easy, but over the decades we have learned to work with police, courts, sheriff departments, schools, hospitals and other service providers.  Each of us has a vivid perspective and expertise that impacts the women we serve.  True confessions reveal that we can also be fierce competitors for dwindling resources.

In our community, funding from the federal Violence Against Women Act (VAWA) has encouraged and mandated collaboration between social service providers and local law enforcement.  With the initial VAWA legislation in 1994, Congress recognized the massive and complex problem of domestic violence and, in response, helped us begin to formulate a strategy in that respected and challenged our individual and collective expertise.  As a result, the number of restraining orders has increased, the number of domestic violence-related homicides has decreased and maximizing resources has saved taxpayer money.  The VAWA funding that YWCA of Western Massachusetts received from the U.S. Department of Justice’s Office of Violence Against Women has dramatically improved and enhanced our ability to deliver services.  VAWA is legislation with a proven track record and impact.  I am discouraged that its reauthorization is not imminent.  How can there be a problem with such successful outcomes and savings?

By failing to move VAWA forward, Congress is putting the lives of police officers, women in abusive households and their children at risk.  As we have seen in Springfield, this is a matter of life and death.

Working together, supporting one another, respecting differences, forcing systems of service to be accountable, improving communities and reducing the impact of violence against women in our communities are all good. Now let’s all work together to make sure that Congress reauthorizes VAWA without further delay.

Mary Reardon Johnson, M.S.W,. has served as the executive director of the YWCA of Western Massachusetts for 30 years.  She has overseen the design and construction of the largest battered women’s shelter in New England and the development of the organization as the largest and most comprehensive provider of domestic violence services in the state.