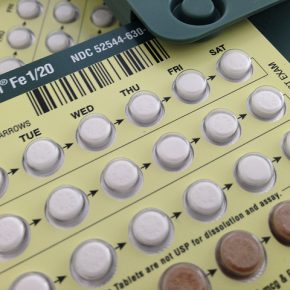 Last month, the Trump administration announced a plan to cut $213.6 million in funding to over eighty teen pregnancy research and prevention programs around the country.

During the Obama presidency, the Department of Health’s Office of Adolescent Health issued five-year research grants  as part of its Teen Pregnancy Prevention Program (TPPP). But programs funded by the TPPP received word in mid-July that their grants would be terminated two years early. The loss of federal funds will prevent researchers from analyzing the data they have already gathered, rendering their findings scientifically invalid. Thus, the government money that these programs have already spent will be wasted.

Currently, over twenty-five percent of women become pregnant before age twenty.  The programs funded by the TPPP focus on developing practical, evidence-based methods to decrease teen pregnancy. They help teens access contraception, reproductive healthcare, and comprehensive sexual education.  Many programs, such as the North Texas Alliance to Reduce Unintended Pregnancy in Teens, conduct outreach to low-income neighborhoods where teen pregnancy rates are drastically higher than the national average. Others, like the Georgia-based Quest for Change program, bring discussions about safer sex and pregnancy prevention to a classroom setting.

Grantees were given little explanation for why their funding was ended early, but the Office of Adolescent Health attributed the cuts to “shifting priorities.” The cuts are thought to be at least partially the brainchild of Valerie Huber, the director of the Office of Adolescent Health under Trump and the former head of Ascend, a group that advocates for abstinence-only education. Huber has long questioned the efficacy of the TPPP.

Last week, a Health and Human Services Department spokesperson stated that the department had studied thirty-seven TPPP programs and found that while only four were effective in lowering teen pregnancy rates, three actually increased the likelihood of teen pregnancy. But medical professionals and anti-teen pregnancy groups widely disagree with this assessment, and hold that the Trump cuts will jeopardize efforts to cut down on teen pregnancy. A spokesperson for the  American Congress of Obstetricians and Gynecologists said that programs like these are partially responsibly for the current all-time low in teen pregnancy rates in the U.S., and implored the Trump administration to “not turn back the clock.”

In an interview with NPR, Kelly Wilson, the director of a teen pregnancy prevention program at Texas A&M University that will be affected by the cuts, highlighted the continuing importance of programs like hers. She stated that while some non-governmental organizations will provide grants to teen pregnancy prevention projects, federal support is still needed for these programs to be fully successful. And teen pregnancy is an intersectional issue that disproportionately impacts low-income people and people of color. Wilson emphasized that although overall teen pregnancy rates are down, pregnancy rates remain high for certain populations, including black and Latina teens.

Last Friday, thirty-seven Democratic Senators issued a letter to Department of Health and Human Services Secretary Tom Price demanding an explanation for the cuts. The letter warns Price that cutting funding for teen pregnancy prevention programs could cause a “ripple effect” – an increase in teen pregnancy across U.S. communities.

The Feminist Majority Foundation supports evidence-based teen pregnancy prevention programs, and has urged the Department of Health and Human Services to provide these programs with the funding they need to get results. In the words of Senate Democrats, “Young people deserve better.”