“It is time to bring legal clarity to the issue,” he said. “Although we will not know the full details until the investigation has been completed, we have heard what Savita’s husband said yesterday and as legislators we have a duty and responsibility to respond, act and deal with the issue. . .I do not think we, as a country, should allow a situation where women’s lives are put at risk in this way. We must deal with the issue and bring legal clarity to it.”

He also stated that he and Prime Minister Enda Kenny will be reviewing a report from a group of experts tasked with researching abortion, and that the recommendations in the report will help guide the process.

Ireland has also come under international scrutiny over the incident. Savita’s death has been the subject of headlines across the world, including the Times of India, whose headline read “Ireland murders pregnant Indian dentist.” The Guardian reports that Syed Akbarud 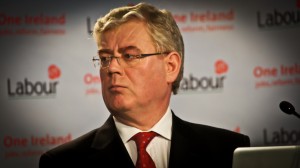 din, a spokesperson for India’s ministry of external affairs, confirmed that the Indian embassy in Dublin is “following the matter.”

Savita Halappanavar died last month in Ireland after she was denied an abortion while miscarrying her pregnancy. She was 17 weeks pregnant when she arrived at University Hospital Galway complaining of severe back pain. Hospital staff determined she was miscarrying, however doctors refused to remove the pregnancy until three days later. After the pregnancy was removed, Savita was transferred to intensive care where she died three days later of what was determined to be septicaemia (similar to blood poisoning).

Praveen Halappanavar, Savita’s husband, told the Irish Times that she had asked for an abortion multiple times while she was miscarrying, but was told that the hospital could not do anything until the fetal heartbeat stopped. Savita experienced vomiting, shivers, shakes, and even physically collapsed in the three days before the fetal heartbeat stopped. When Savita asked if the hospital could induce labor to end the pregnancy, a hospital employee told the family that Ireland is a Catholic country and “as long as there’s a foetal [sic] heartbeat we can’t do anything.”