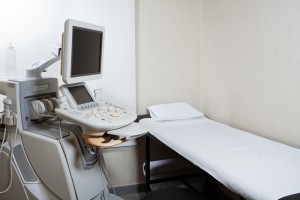 After intense but brief debate, the Wisconsin state Senate approved a bill that could mandate transvaginal ultrasounds before an abortion and impose unnecessary regulations on abortion clinics. The bill, SB 206 [PDF] was approved in a vote of 17 to 15 along party lines.

If the bill becomes law, women seeking an abortion will be forced to view an ultrasound and have a physician or ultrasound technician describe the fetus and it’s stage of development in detail. For women who are early in a pregnancy, this could mean having to go through a transvaginal ultrasound to even view the fetus. There is also no provisions in the bill about funding for the mandatory ultrasounds, creating a financial barrier for some women. Supporters of the bill argue that women can find clinics that offer free ultrasounds before their procedures. Many of these clinics are Crisis Pregnancy Centers (CPCs) which use medically inaccurate information and religious ideology to pressure women to carry their pregnancies to term.

In addition to requiring women to view an ultrasound, SB 206 also requires abortion providers to have admitting privileges at a hospital within 30 miles of the facility. This could close Planned Parenthood of Appleton, which is one of the only four abortion clinics in the entire state. Admitting privileges are not required to transfer a patient to a hospital in case of an emergency.

The bill goes before the Wisconsin Assembly on Thursday where it is expected to pass. Governor Scott Walker has said that he will sign the measure into law if it comes before his desk.