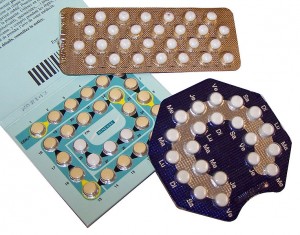 Nearly one week after the defeat of the Mississippi “personhood initiative,” when the state of women’s reproductive rights in our country seemed like it could not be any more threatened, various news outlets have published an incredibly troubling story that requires our immediate attention. This Monday, the New York Times printed a story about the U.S. Conference of Catholic Bishops’ renewed fight against abortion, casting it as an issue of “religious liberty” against a government encroaching on the church’s rights.

After meeting with President Obama, Archbishop Timothy Dolan, the president of the Catholics Bishops, indicated that the President might be considering expanding a troubling religious exemption adopted under the new health care law that allows certain religious employers to opt out of the new federal requirement. This federal requirement, to be implemented by the Department of Health and Human Services, acknowledges that birth control is a preventative service and qualifies as basic health care.

According to Cecile Richards, the president of Planned Parenthood, in a Huffington Post piece, the expansion of this exemption to include religiously affiliated colleges, universities, medical schools, hospitals, social service organizations, etc. would be “…nothing short of tragic for millions of Americans and their families. Nearly 800,000 people work at Catholic hospitals and there are approximately two million students and workers at universities that have a religious affiliation. This expansion would impact all of these individuals — as well as their dependents, denying them a benefit that finally makes an essential health care service affordable.”

Get ready for another battle. And urge the President to protect women’s  fundamental right to  preventative health care.

Check out the action petitions:

Physicians for Reproductive Choice and Health