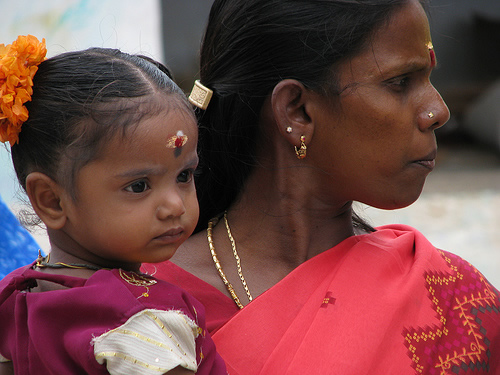 According to “Condom Use Before Marriage and Its Correlates: Evidence from India,” a study published in the December issue of International Perspectives on Sexual and Reproductive Health, the majority of people in India having premarital sex between the ages of 15 and 24 did not use condoms. Authors K.G. Santhya, Rajib Acharya and Shireen J. Jejeebhoy report that a mere 7 percent of unmarried women and 27 percent of men had ever used condoms. Even more astoundingly, only 3 percent of women and 13 percent of men reported that they used a condom every time they had sex.

A quote from a woman from Bihar speaks to the troubling lack of factually correct information regarding sexual health : “I never thought of [infections]. Which disease can one get by engaging in sex?”

Or to quote a man from Tamil Nadu, “In our village, we don’t have condoms; I can’t buy [them] from outside. As a precaution, I take a bath after having sex.”

The “Condom Use Before Marriage and Its Correlates” study is important in that it is a first step in addressing the hole in information regarding the sexual behavior of unmarried young people in India. But in a world of 7 billion people—with India’s population of over one billion growing by approximately 1.7 percent annually— more must be done to ensure women’s access to effective and affordable contraception. With 529,000 women and girls dying worldwide each year from injury, infection, or disease each year during pregnancy and childbirth, and 440 women and 65 infants dying per 1,000 births in India alone, women must be given the knowledge and resources to control the number and spacing of their pregnancies. The time is now.