Today, the Global Fund for Women and the International Museum of Women released their first joint project, Imagining Equality: Your Voices on Women’s Human Rights. 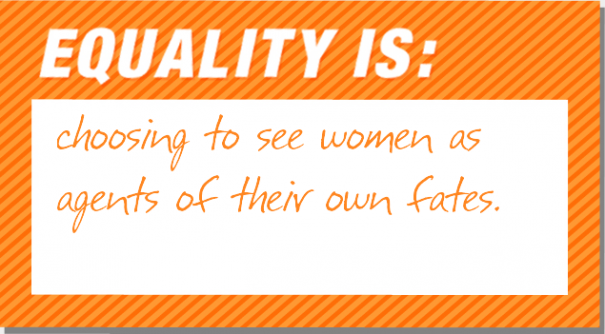 Imagining Equality is an online art exhibit featuring women artists’ creative reflections on their ideals of gender equality. The diversity of submissions, both in material and message, express the diversity of hopes of women worldwide for equality, particularly in the light of the upcoming UN Sustainable Development Goals that will lay out the UN’s human rights goals for the coming years.

Every three weeks until November, Imagining Equality will feature a new collection of works that surrounds a different theme, including power, identity, violence, and growth. Throughout the exhibits, viewers can respond via the #EqualityIs hashtag, and share their own ideas of equality with the project’s interactive feature where selected tweets will be featured alongside the artwork. Visitors can also make badges to explain their idea of equality.

For the next three weeks, the exhibit will feature several artists that chose to deal with bodies for their response to the exhibit’s founding question: what is the future of women’s human rights?

The six meticulously selected pieces – two documentary-style videos, two photography series, a drawing, and an embroidery series – display the intimate relationship between human rights, women’s rights, and bodies. They handle a wide array of themes from menstruation stigma to disability, with a focus on the plight of individual women in their communities that try and control women’s bodies and dictate their meanings.

Featured artist Nancy Raen-Mendez lives with the daily experience of these particular injustices at home in America, and her drawings deals with her disappointment with debates surrounding the Affordable Care Act, and how they have devolved into discussions of women’s autonomy when it comes to their bodies. 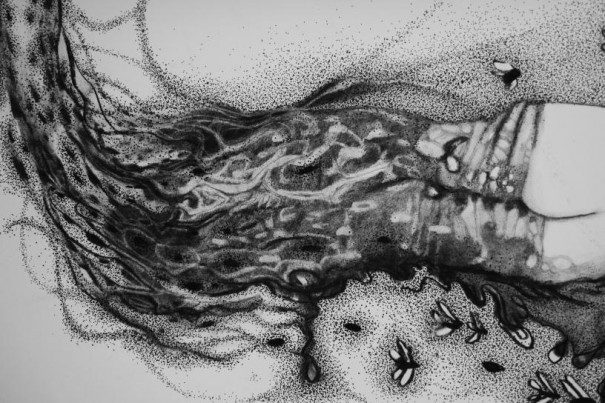 The series “In Control” by Katrina Makjut depicts modern forms of contraception using the traditional art medium of embroidery. 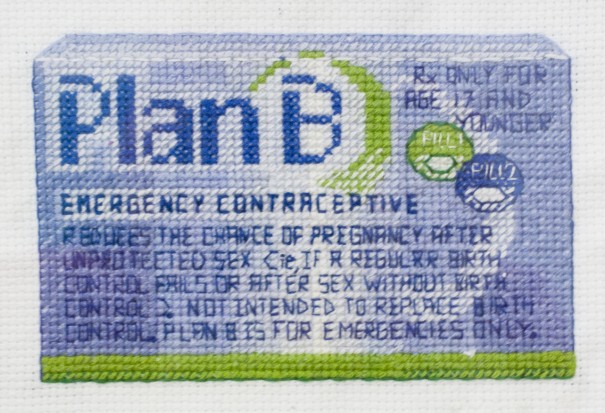 “The Silent Side of Life,” by photographer Sasja Van Vechgel, follows a young, deaf woman named Eliza in Tanzania for six months. 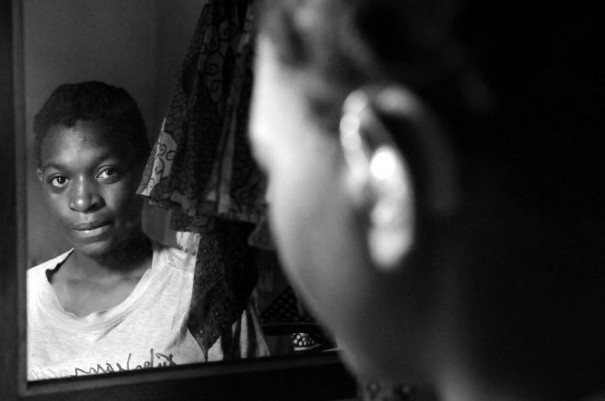 Not only does the exhibit raise awareness of worldwide women’s issues, but also highlights areas where women have made significant strides in furthering equality in their communities, despite significant impediments – physical, economic, social, or political – to their success. There are not only stories of where equality could be improved, but also stories that show where progress is happening on a community and individual level. For example, the short film Foot Soldiers of Change by Australian visual artist Kelly McIlvenny documents a small group of Nepalese women from several communities who are taught basic medical techniques to prevent several top causes of infant and maternal mortality, who then bring these life-saving techniques back to their rural villages.

Taken as a whole, this exhibit is both empowering and powerful. In a world where women artists are largely ignored in the art world, Imagining Equality gives voice to social justice minded artists who are closely bound to the struggles they document; many of the artists came across the subjects of their work through their activism, or create art as their activism. Whether the artwork focuses on the artists’ own experience or their subjects’, all the work is deeply personal and invites the viewer to comprehend the daily experience of fighting inequality around the globe.

Imagining Equality promises both engaging and thought provoking artwork and a chance to engage in a global discussion of women’s global equality. What more could we ask for? I suppose we’ll know in three weeks, won’t we?