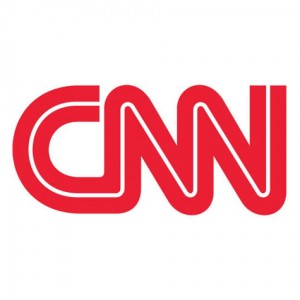 On Dec. 9th, 2009 CNN American Morning, presented a disappointing, one sided, and not scientifically based segment about the value of single-sex classes in public schools. Tell CNN to stop promoting sex segregation in public schools.

The show highlighted Virginia’s Woodbridge Middle School which prides itself on offering gender specific classes for their core academics with teachers who use “gender-specific learning strategies” based on so-called brain differences between the sexes. The segment featured Leonard Sax who has an economic interest in promoting single-sex education. He gave up his medical practice to write books, run educator training programs, and conferences to promote sex segregation in public education.

Woodbridge Middle School web pages indicate that their opt-in “same gender program” is based on Leonard Sax’s philosophy and that they have participated in his professional development and conferences nationally and internationally. The show included video of the Woodbridge boys mathematics class playing an active competitive game throwing things at a board with a sexy lady among other targets. The girls were shown in a room dimly lit with lamps so they can better cooperate with each other in a restful atmosphere. There were no photos or mention of the school’s coed classes. Sax and the school’s website claimed that the girls and the boys in the segregated classes showed significant progress but we could find no rigorous evaluation studies which showed that the segregated students did any better than comparable students in coed classes in this or other schools or any indication that the sex segregation rather than other school resources such as quality teachers and high parent expectations may have contributed to normal progress from good education.

Dr. David Sadker, Professor at the University of Arizona and a long-time teacher educator, researcher, textbook author, and gender equity expert with a new book “Still Failing at Fairness: How Gender Bias Cheats Girls and Boys in School and What We Can Do About It”.— had a token appearance, but the snippits from his interview were insufficient to correct the many inaccurate and misleading assertions by Sax whose responses were often reinforced by anchor Kiran Chetry. When we called Sadker, he said that his points about research showing no meaningful sex differences in brain functioning related to learning, the growing understanding about neuroplasticity of the brain that shows how socialization can enhance or limit learning, and the need for teachers to teach both girls and boys using a variety of active, quiet, competitive and collaborative strategies were not included.

The issue of sex-segregated classes in public schools is of great concern to many advocates of equal educational opportunities ever since the Bush Administration gave notice in 2002 that it planned to weaken the provisions in the Title IX Regulation that prohibited most sex segregation in public education. The Bush plans were finalized in 2006 with a weakened Title IX Regulation which allows extensive sex segregation. Like Woodbridge Middle School, over 500 public schools have taken advantage of this 2006 Department of Education Title IX Regulation and purposefully created single-sex classes which are often inequitable and perpetuate inaccurate stereotypes that girls and boys learn differently.

The Feminist Majority Foundation (FMF) and many other organizations have started a campaign to urge President Obama and Secretary of Education, Duncan to rescind these 2006 regulations for a wide variety of reasons. Unlike this CNN show and the views of Sax and his followers, the organizations fighting for the rescission of this weakened Title IX Regulation have extensive legal justifications and facts based on well documented knowledge about the dangers and wastefulness of sex-segregated education. Instead of perpetuating sex segregation, all need to make sure that important civil rights laws such as Title IX are used appropriately to reinforce that separate is not equal and to ensure that sex discrimination and stereotyping are also eliminated from coeducation.

Contact: Jon Klein, President of CCN/US. Hopefully it will reach him at: Jon.Klein@turner.com

Put Attention Jon Klein on the top of your message.