The average American woman earns only $0.77 to every full dollar that the average American man earns. What do statistics fail to capture about the lives of women of color? A Black woman in the US earns only $0.62 to every full dollar that a white man in the U.S earns. A Hispanic woman earns only $0.52 to that dollar. When you compare earnings by gender within race, the pay gap closes; Black women earn 95.5% of what Black men earn. Although that statistic is lauded as hopeful, in reality, it demonstrates that the wage gap is just as affected by race as it is gender. The Paycheck Fairness Act is not only a white woman’s issue – pay discrimination extends across boundaries of race and gender, and feeds off of existing and historic systems of racism and sexism.

Critics of the Paycheck Fairness Act, who say the bill is unnecessary, cite women’s “life choices” as a reason why the pay gap exists. These life choices include leaving work to have children or working in the female dominated education or health care fields, which have lower salaries than many male dominated professional fields. Simply labeling these moves as “life choices” 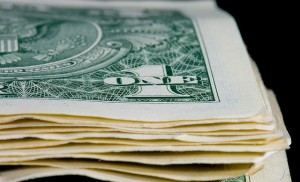 erases the histories of tracking and discrimination that encourage women to choose fields lower in salary and farther from the sciences, business, technology, etc. Women are three times more likely to occupy office and administrative support positions than men.

Once again, these statistics fail to demonstrate the wide racial gaps within women’s wages. Black and Latina women are twice as likely as white women to work in the service industry. As pointed out by the Women of Color Policy Network (WOCPN), these jobs come with few to no benefits, a low wage, and very few opportunities for advancement. Women of color are underrepresented in management level positions, and face barriers in transitioning from low wage to professional positions. These low wages contribute to women of color’s lower lifetime earnings, and lack of wealth. The WOCPN also cites that women of color face unequal access to assets and wealth builders that accompany higher salaries. For each dollar of net wealth of white Americans, Latinos have $0.09, and Black Americans have $0.07. Single mothers of color have the highest rates of poverty and the lowest median income levels by household status/race.

These statistics can be explained by historic and continuing systems of discrimination that track women of color into these positions.  The Paycheck Fairness Act, an update to the Equal Pay Act, requires employers to prove that discrepancies in pay are grounded in requirements of the business or job position – not gender. The Paycheck Fairness act may not radically erase the products of historic and prevailing forms of racism, sexism, and discrimination, but it is an important step in the fight for economic justice, which is inevitably intertwined with our own feminist goals.

Photo by flickr user photobunny under license from Creative Commons 2.0