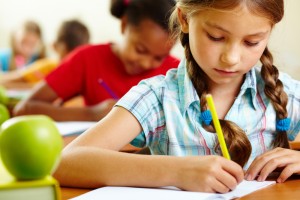 The Birmingham City School District has promised to end their single-sex classes at the end of the Spring 2013 semester after signing an official agreement last week with the Office for Civil Rights. The agreement came out of an investigation prompted by the ACLU’s “Teach Kids, Not Stereotypes” campaign in December 2012 that found the district had been in violation of Title IX, the federal law prohibiting sex discrimination in public schools.

The ACLU discovered that Huffman Middle School had been separating boys and girls in every grade and for every scheduled activity – including not only courses but also homeroom and lunch. At Huffman, boys were taught about “heroic behavior” and how “to be a man,” and learned that girls were inferior to them in mathematics based on their hormonal differences. Researchers commissioned by the Birmingham City School District concluded that there was “no definitive proof” that student performance had improved due to sex segregation.

An ACLU report in August of 2012 found that public schools offering single-sex classes centered their practices on gendered stereotypes, and even served to reinforce them. An FMF study, the “State of Public School Sex Segregation in the United States 2007-2010,” released in June of the same year, found that there were over 1000 public K-12 U.S. schools with deliberate single-sex classes. It is likely most schools which sex-segregated students did not educate them equally.

School districts in Wisconsin and Idaho are also currently under investigation by the Office of Civil Rights following complaints filed by local ACLU chapters. In Wisconsin, teachers were encouraged to discipline boys who “like to read, do not enjoy contact sports, and do not have a lot of close male friends.” In Idaho, role models were sought out for boys but not girls. Dr. Leonard Sax, a proponent of single-sex education who believes there are inherent differences between the brains of girls and boys, has influenced these school districts. His ideas were also the basis for same-sex education at Huffman.